COCA-COLA SNAPCHAT POLAR BEAR DANCE-OFF: BILLBOARD
This was one of the most challenging projects of my career. This is THE WORLD'S MOST LARGEST AND MOST EXPENSIVE BILLBOARD and the timeline was super tight, we had zero budget, assets, and resources. All we had was bunch of still image renders of polar bears which we had to use to promote the Coca-Cola latest Augmented Reality filter on Snapchat which was the Polar Bear Dance-Off. Thankfully, after putting days and nights into this, everything paid off and it was up and running while respecting the deadline.
BRONZE ADDY® Award [atlanta] 2020
[Consumer Campaign – Local]
The Coca-Cola Company - Coca-Cola Polar Bear Dance Off - Times Square 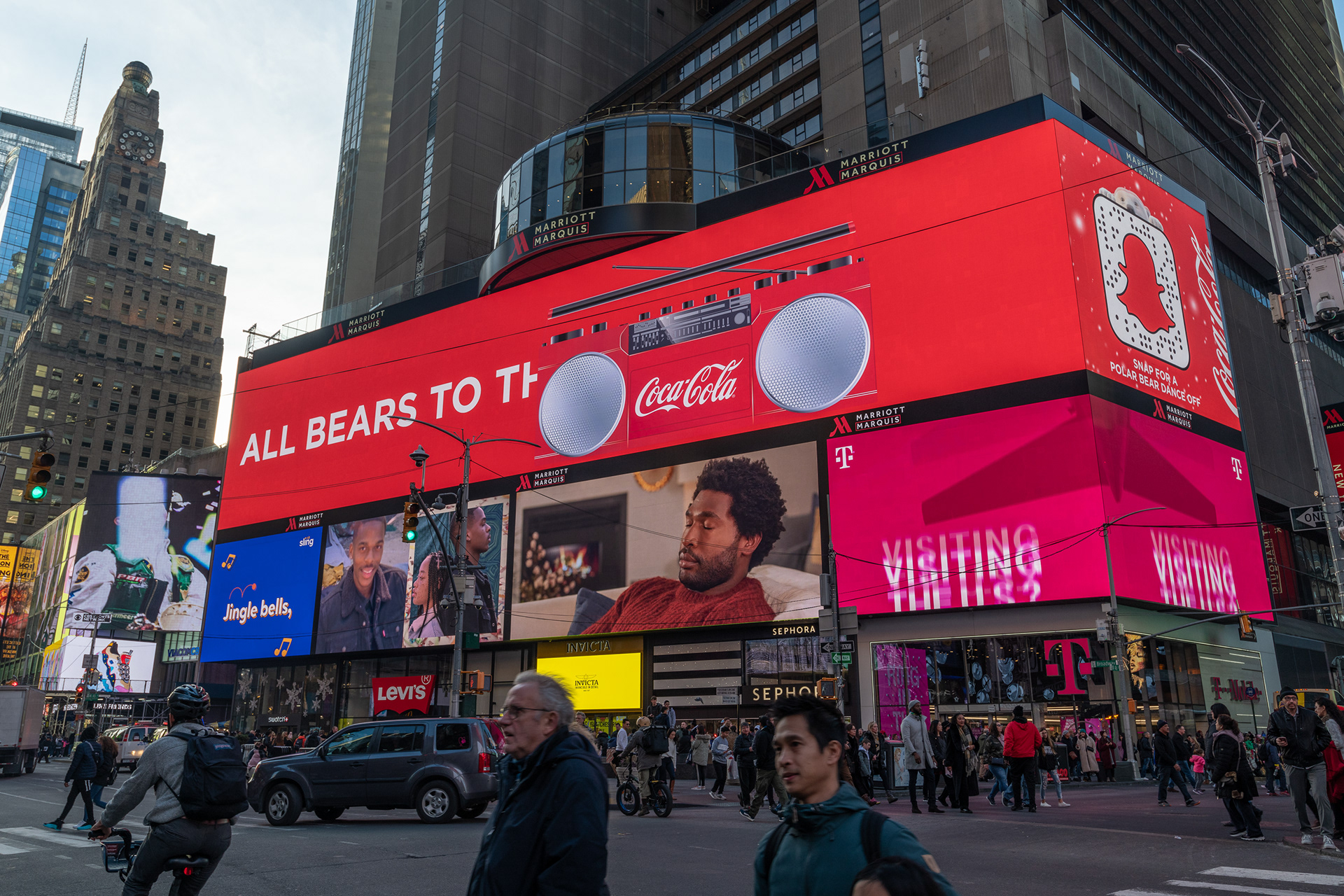 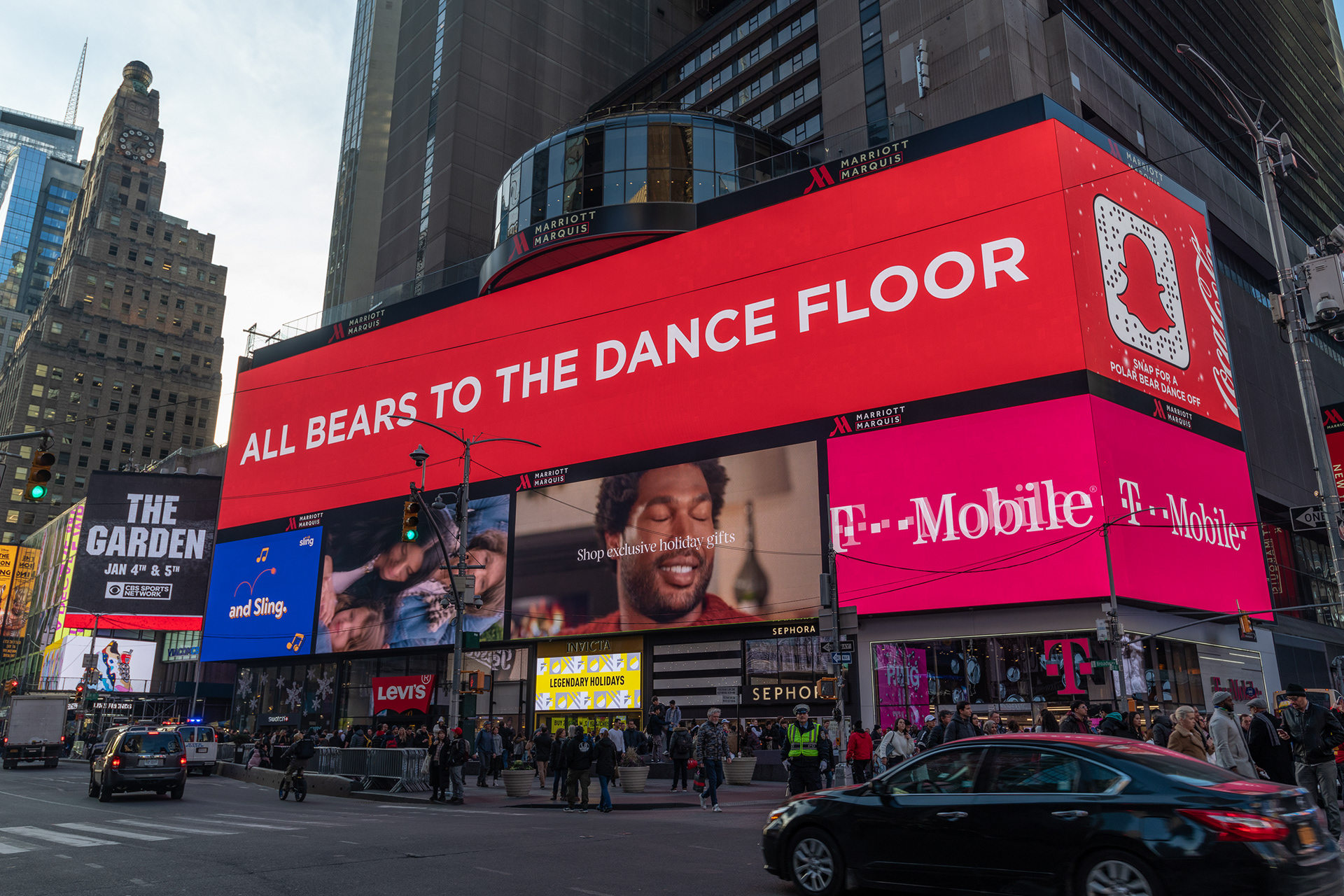 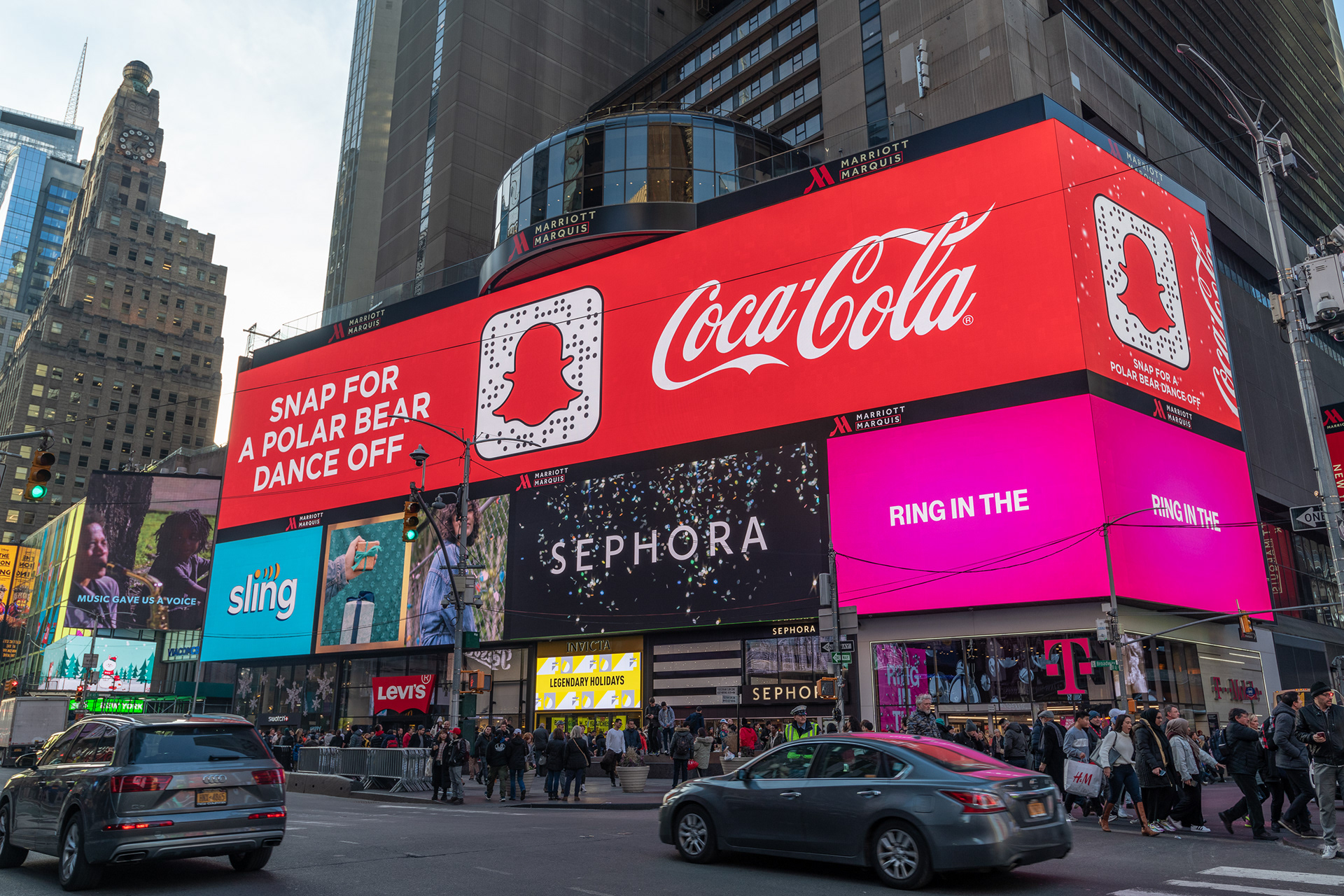 BOOMBOX ILLUSTRATION
As mentioned earlier, zero budget and assets meant that the boombox that used inside the design of snapchat filter was also unavailable. I had to recreate the exact boombox shown here by mixture of stock vector shapes and some of my own illustration magic,

U.S. MARINE CORPS: BATTLES WON pre-roll
We crafted a series of videos from the POV of a Marine, with the VO being the inner monologue psyching themselves up for a battle. Each video reflects a different Marine that would would be alluded to in our commercial and these are their thoughts in the moments before the mission begins.
U.S. MARINE CORPS: BATTLES WON story
We created versions specifically for their platforms taking into consideration best practices. For example, adding supers to Facebook videos since most users view videos with no audio, or a vertical aspect ratio for Instagram Stories (where we added different perspectives of the same scene)
This massive campaign launched over the course of a month with over 120 pieces of unique creative. Our audience was targeted and retargeted with subsequent content to tell this story. All of our work led up to the long form commercial.​​​​​​​
covid-19 messaging
Coca-Cola used its iconic Times Square board to demonstrate social distancing with their own logo. And after few days, we also got all of the The Coca-Cola Company's employees to record themselves thanking our healthcare workers which was compiled it on a single video.
MINUTE MAID: SOCIAL media POSTS
Social Media posts by Minute Maid needed a little extra spark to go along with their visual. I spiced it up using some typography animation with their brand colors. Different styles for different situation but all were playful and added to lighten the situation.
peace tea: SOCIAL media POSTS
This series of social media posts by Peace Tea needed a little audition vibe happening to their video. So we added the old VHS effect on it.